As many of you might know I was 1,5 weeks in Austin, Texas in SXSW. I attended probably too much of talks and been quite amped up even after. During the seminar I was part of JWT Mirum APAC delegate and I blogged all the way through from the conference (including some videos). Below I have compiled majority of lessons I got from the seminar.

Besides this I saw my idols Arnold Schwarzenegger, U-God (from Wu-Tang Clan), Bushwick Bill (from Geto Boys) and saw the reunion of one of the most progressive hiphop acts of all time Dr. Octagon. Great trip indeed. Below you can read all my observations and insights from my trip:

All About The Data

Data is The New Oil, but also the Oil Spill

How to make your Data actionable?

How to Lie with Data?

From Big Data to Smart Data: How Blockchain is Enabling Both Convenience and Security of Your Own Data

Don´t Take It for Face Value: Facial Recognition as the New Data Point

AI Requires us to Be More Human

“We have not even reach the limit of human intelligence”

From e-Commerce to V-Commerce

How to Innovate in Atom-based Industries?

Necrotech: What will Be Your Digital Legacy When You Die?

How to Live More Fulfilling Life?

How I Found The Happiness in SXSW? 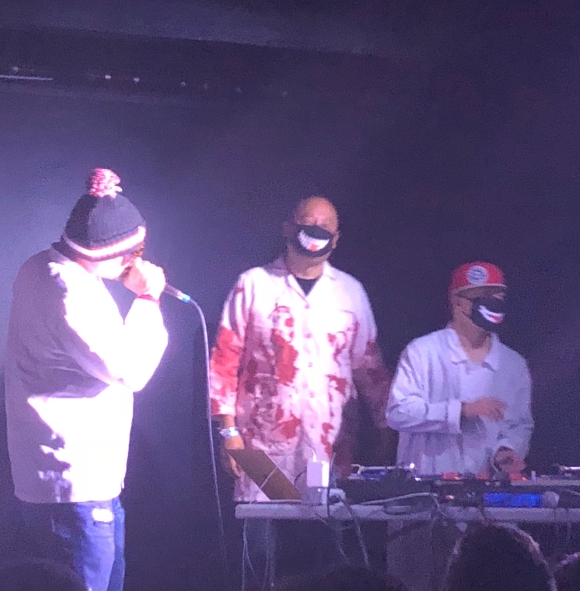 When in SXSW, prepare to queue

Why Living in Singapore Makes You Perfectly Prepared for SXSW?

I hope that I am able to participate next year as well. It was truly great experience.

I Am In SXSW

I just arrived to Austin yesterday and will be here for a week as part of wonderful delegation from JWT & Mirum Asia-Pacific:

Our group in SXSW

We will be sharing content every day from the interesting talks in our blogs:

Despite having had relatively rough start in Austin due to jet lag and cramping leg after cruel flight, I had full day of talks already today.  You can read some of my observations in our blog:

Why Living in Singapore Makes You Perfectly Prepared for SXSW?

How I Found The Happiness in SXSW 2018

If anyone reading this blog is in Austin, hit me up on different social media channels.

It would be great to meet.

Much Ado About Meerkat

“Those sorts of consumer shifts used to take years or decades, but now they can happen in months or weeks or days, and we’re becoming accustomed to that idea”
– Ian Bogost, game designer

Have you heard about Meerkat?

The hype cycle of new apps gets faster at every moment. I heard about Meerkat couple of weeks ago, this week it has been all the talk of the SXSW town and now it has already been declared dead.

Meerkat is essentially live-streaming app, which used heavily the social graph of Twitter and allowed you to connect to your Twitter connetions in Meerkat. Twitter has already blocked this fun, in conjuction of buying similar app called Periscope. Hence, Meerkat suffered a blow and in the world of tech news hyper babble that blow is naturally deadly.

I was not excited about Meerkat, when I heard about it. I didn´t and don´t recognize the novelty or appeal in the app. Opportunity to livestream is nothing new. When I was working in MySpace, we collaborated with Bambuser, which pretty much was Meerkat with MySpace-era user experience. There are currently many streaming apps available, like the one Twitter just acquired.

So nothing new under the sun, been there done that.

After that comment I can declare that I have officially become an old fart. A person who thinks he has seen anything in his life and can´t just wait to tell that “we tried it already in 2008 and it didn´t work then”. Old farts are the biggest obstacles of any innovation, because the old farts have seen it all. They have also innovated it all. Unfortunately, those innovations have happened only in their heads.

That horrible vision made me think Meerkat again.

The idea can fail for many reasons, but always the reason is not that the idea is bad. iPad was not the first tablet. Facebook was not the first social network. Idea can fail in so many phases, that you cannot really judge the initial idea. Ideas are not unique, executed ideas can be. Technology improves so fast, that the ability to do user-friendly and enticing live-streaming app is totally different than couple of years ago. Maybe 2015 is just the right time to launch live-streaming app. Executing idea is also just one thing, how do you market it and make it sexy is the other thing. Meerkat has been at least way more effective with their PR and hype machine than their competitors.

My opposition against Meerkat is that I do not see live streaming behavior taking off. To be honest, I did not see that Snapchat would evolve to be a legit app beyond teens sending their nude photos to strangers. I can also admit that I was wrong. Although it is easier to latch onto existing behavior, technology can also create new behavior. That we are glued into our smartphones is quite new behavior in history of human race. I don´t think that no one predicted exactly that to happen.

We are obsessed with new.

Meerkat has had disproportionate amount of hype, because media wants a new social media phenomenon. Old farts criticize it, because it is not new enough. Somewhere between the overhype of media (and tech hipsters in SXSW) and underhype of old farts is the truth. Which is: essentially no one really knows what will happen with Meerkat. But it is interesting to see.

You cannot ever evaluate the success of technology when it is hyped and brand new. The true stress test is when technology has become old and boring. That is when they start to make business sense.