“When people hear these analyses, however, they are not reassured but become more fearful than ever — they hadn’t realized there are so, many ways for something to go wrong! They mentally tabulate the number of disaster scenarios, rather than mentally aggregating the probabilities of the disaster scenarios.
–Steven Pinker, Blank Slate

For a man between 6 feet to 6”2”, the chance of being in NBA is five in a million.
At 6”2” to 6”4”, the chances improve slightly to 20 to million.
Man between 6”10” and 7 it is 32000 in a million (3.2%).
And for men over 7 seven feet tall, 17% of them are in the NBA right now*. So every six guy over 7ft you would encounter would be NBA player. Because massive growth is quite often attributed to some disease, it is even more likely that healthy seven-footer is a NBA player. So with narrowing the group, we have actually find quite a good indicator of your probabilities of becoming NBA player.

It is always important to go beyond the numbers. 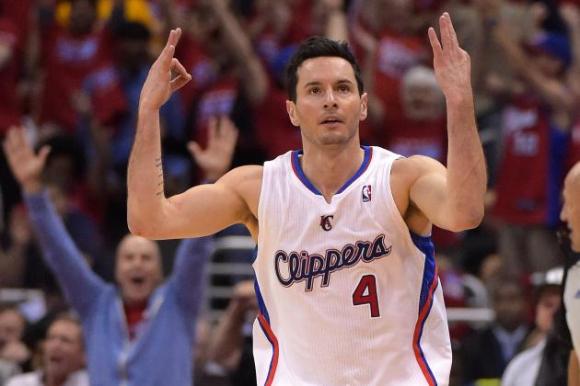 Even the short NBA players are not really that short. Nate Robinson is only 5”7”, but his wingspan is 6”1”. NBA players in general have almost double more wingspan than regular people. Generally it is really rare that a player has shorter wingspan than his height. Yao Ming was one of them, but on the other hand he was 7”6”. So if you would need to predict someone´s ability to be a NBA player and you would need to rely only on two data points: height and wingspan would be probably the best with the former being more important.

*Stats read from a great book by David Epstein: The Sports Gene.

The Rest I Have Learned About Business is From Basketball

Everything I have learned about business, I have learned in basketball court (with some additional help from Wu-Tang Clan). Whether it has been great (or usually horrible) leadership, importance of the team or the value of hard work. This recent incident is a good proof of that:

Detroit Pistons waived their highest paid player and star Josh Smith at the end of December. Waiving is not a little feat, because waived player is included in team salary. The results have been interesting: Pistons has been on a 8-1 winning run only losing to the hottest team in NBA right now: Atlanta Hawks. Interestingly Josh Smith has been good with his new team Houston Rockets as well, so currently it has been win-win for both the of the participants. What can be learned from this whole episode?

1.Don´t play safe: bold moves will be remembered
Sometimes you have to wake up your whole team with dramatic actions. Stan Van Gundy is not just a coach for Detroit Pistons; he is also their president of basketball operations. Waiving Josh Smith was a demonstration of his power and also a dramatic call for their team to wake up. Was it exactly wise is an another question. He had to do something to catch attention of the team. Off-the court jury is still out for Van Gundy´s strategic perspective but on the court his defensive instructions on the video below have strategic clarity that only a few business leaders (or even coaches) have:

2.Even a bad plan is better than no plan
You cannot totally fault bad Pistons season start on Josh Smith and to say so is ludicrous. They did not have proper plan in the place for the team when he was there. Josh Smith had to play a role that did not suit his skills set. When he was waived from the team, Detroit Pistons was forced to have a different game plan and missing one key player made putting a coherent plan into action much easier.

3.Take the responsibility: You either sink or swim
You can never underestimate the importance of mental aspect of sports or business. You need to feel that you are contributing to the team. Because Josh Smith was gone, the rest of the team had to rise up. Other option would have been to tank. The season is now on halfway, so the newly established Pistons can still be a boom or bust. Currently it seems that they have regained their self-esteem and if they continue like this can even make it to the play-offs.

4.Failure is an opportunity to reborn
I like Josh Smith as a player, when he is playing right role. No one denies the physical talent he has, but his attitude to the game has been a question. He has showed maturity by asking to come out of bench with Rockets. Being waived is definitely a slap in the face and you definitely want to show that you still have the skills to be a great player.

5.Team can be more (or less) than its parts
Basketball and advertising industry are similar in a way that you can fill your company or team with stars and still suck. Chemistry plays crucial role. Josh Smith is playing in Houston with his longtime friend Dwight Howard, which probably will be a good thing. Sometimes there can be only one rooster in the coop and if there are too many stars fighting for the attention the end results can be disastrous. Many combinations can work on the paper, but if it does not work on the court it does not really matter. Therefore crazy-sounding ideas like waiving your star player can actually make sense on the long run.

How the episode will pan out, we will see at the end of the season. Currently it seems that everyone seems happy with the end result.

“You want me to own team and deal with these rich, spoiled stubborn athletes, and try to get them perform? No thank you”
-Kobe Bryant

This NBA season has been really interesting thus far. Many of my favorite teams (i.e. Memphis Grizzlies) and players (i.e. DeMarcus Cousins) have really stepped up their game. There has been some disappointments as well (i.e. I expected Lance Stephenson to make a jump to the next level) and the biggest low-point of them all has been my all-time favorite team:

The team has been completely dysfunctional. Superstar Kobe Bryant has been making a great comeback from points-perspective, but does not really trust anyone in the team. They are likely to tank really bad and that it is something as a fan I feel sad about. On the other hand I have high respect for Kobe Bryant: 5 championships do not come without extraordinary work ethic. Although he is totally on different pay range than any of us, he is still an epitome of skilled professional. Here are some lessons we can learn from him:

1.Know your value
“I like playing for the purple and gold. This is where I want to finish up”
There has been lots of talk about Kobe´s big contract and how selfish that has been. I do not really understand the criticism. Kobe is the star worker for the organization who makes millions out of his work. In normal business it is appreciated when people spend their whole career in same company. In NBA, we want the players to jump ship whenever their team is not playing well. So Kobe is loyal to the organization and it is likely that he will end his career as a Laker-for-life. Lebron has been already in two teams. On the other hand he is not stupid either. It does not pay to be loyal to a company that does not treat you well. Currently Lakers have no prospect for championship, so who can really fault Bryant for maximizing his contract?
Same rule applies for professionals: it is worthwhile to stay in organization provided that they appreciate you and compensate you evenly.

2. Understand what business you are in.
“These young guys are playing checkers. I´m out there playing chess”
Winning is one aspect of being successful NBA team. Lakers had an awful season last year and were playing without Kobe. Still, guess who was the most profitable team in NBA? Although from a sports perspective this season will be even more horrible, it might actually be more lucrative from business side. The audience wants to see Kobe both at home and on other markets. They cheer for him and want to see one of the greatest of all time do his thing. Lakers might not win, but they are hell lot more entertaining when Kobe is on board. It is also not a coincidence that Jeremy Lin was signed to largest Asian-American market in USA. NBA is show business. Besides dunks, passes and rebounds the game is also about TV rights, shirt sales and sponsorship deals. The value of superstars for the companies goes beyond their tangible contributions.

3.You have to find the motivation somewhere.
“I don´t want to be the next Michael Jordan, I only want to be Kobe Bryant”
If you can´t win the championship, you have to motivate yourself in someway. So again, I am not faulting Kobe for being obsessed on passing Michael Jordan on the all-time scoring list. Mike is the greatest player ever; surpassing him, regardless how many shots it will take, is not a mean feat. Same thing with companies: if your organization is not doing that well, you have to find your enjoyment somewhere. Whether it is new project, mentoring or maximizing your bonus. If there is nothing motivating you at the workplace, it is time switch teams.

4.Ignore that you are likely overrated
“The only thing I am afraid is bees. I don´t like bees. I´m allergic to them”
We always inflate the value of super stars. Total denial of any stint in perfection is also a characteristic for the superstars. Kobe makes lots of points, but he takes and misses lots of shots as well. He has high usage, but low efficiency. Actually Lakers are more effective when Kobe is off court according to the stats. I still don´t doubt at a moment that Kobe believes genuinely that the only sensible way to help his team is to shoot more. Quite often we cannot recognize our own weak spots and have too rosy picture about our own skills. We also underestimate the role of luck in our success.

Where many others have retired, Kobe (aged 36) is still playing 30 minutes every day, getting paid really well, getting crowds excited and maybe winning scoring title this year.

I´d surely like to be on that level when I would be close to retirement.

Anatomy of An Insight: Horse With Harden 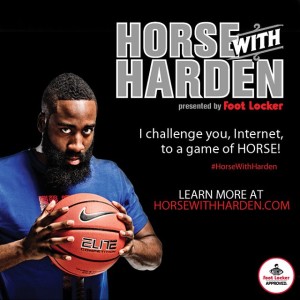 NBA season is starting soon and it will be super interesting.
Kobe and Derek Rose are back and Lebron is back in Cleveland.
From advertising perspective I have really enjoyed the James Harden & Foot Locker collaboration, which has resulted in many entertaining ads like “Short Memory”-series:

Charles Barkley is the greatest player ever and the most funniest commentator as well:

Pt.2 shows that sequels don´t ever work in Internet:

However, one of the more innovative campaigns was James Harden playing HORSE with Interwebs:

Insight: It is the age of YouTube celebrities. With enough time, you are able to do a trick shot that even the best NBA players cannot nail in one go. Opportunity to flex your special shot against James Harden is just too tempting.

It is always tricky for a brand to get people to engage to their competitions. When you can provide exposure and fame to the participant, the devoted fans will deliver. When you have people investing their time and putting their best effort to the campaign it will become interesting content for those who just want to consume the entertainment.

I have to say I like James Harden more as an advertising person than player, because this Beard Guru ad for NBA 2K15 is hilarious as well: