Are You A Sociopath or Loser?

My good friend recommended reading “Gervais Principle” written by Venkatesh Rao. I think it is probably one of the most on-point analyses of office dynamics. Essentially it is build on this triangle drawn by Hugh Macleod: 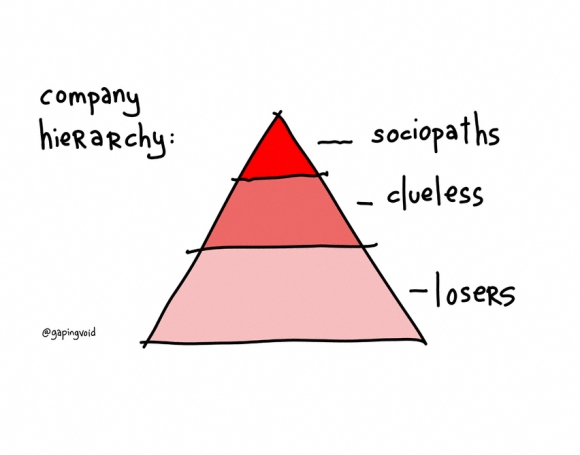 Sociopaths populate top-of-the-food-chain, the vast majority are losers and the guys in the middle have it worse. Losers have the option of turning to sociopath or turning into bare-minimum performers. If you are really clueless, you don’t really have a career path in front of you. Same thing applies for brands, either you are the best or you are the cheapest. Being in the middle is being in the valley of death. Gervais principle is essentially the following equation:

That being said, I was quite recently promoted. Jury is still out about where I fit in the triangle.